Which is Best: Java vs Python 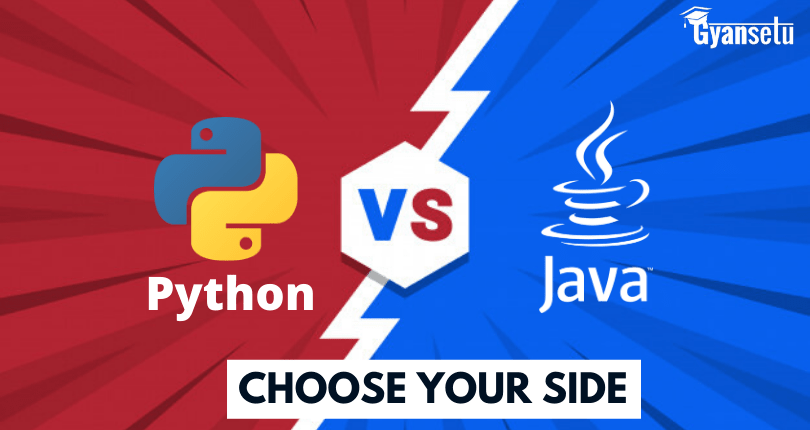 Which is Best: Java vs Python

Java is a high-level language developed by Sun Microsoft in the year 1995 which is a popular and widely used programming language.

The prime objective of this programming language is to make it secure, portable and simple.

The GUI feature of java provides a better “look and feel” compared with other languages such as C++, also this popular language supports various operating systems such as Windows PC, Macintosh’s, and UNIX computers.

A popular programming language created by Guido Van Rossum was released in the year 1991 and is widely used for server-side and system scripting, software development, and mathematics.

Fewer syntactical construction of this language makes it possible for the developer to write fewer lines of code and get their work done compared with languages such as C, C++, Java.

Prototyping in python is easier as it runs on an interpreter system enabling the code execution as soon it is written.

This language is best suited for the beginner-level programmers which support the development of a wide range of applications from simple text processing to the implementation of data analytics algorithms, GUI applications like Tkinter, PyQt, web frameworks like Django used by dropbox, youtube, Instagram, image processing like OpenCV, test framework, scientific processing and many more.

According to the annual report code of a famous code repository, Java and Python are the second and third most popular language used. Both the language are interesting in their similarities and dissimilarities.

Let's talk about the differences Between Java vs Python Programming languages have:

The fewer syntactical construction of Python makes it possible for the developer to write few lines of code making their work done as compared with java.Consider the below-mentioned program as proof to the same:

Whitespace is a series of character that represents horizontal or vertical space in typography.

As mentioned earlier the python syntax is fewer in construction compared with java hence making code readability an easier task for the python developers and the system.

In terms of speed, Java is faster than python because java is a complied language hence takes less time to execute the code whereas on the other hand Python is an interpreted language and hence time-consuming.

Java legacy systems are more larger and numerous compared with python which has fewer legacy problems making it difficult for the organization to copy-paste the codes.

Python is considered to be a favorable language for machine learning, Artificial intelligence, IoT and a lot more whereas Java is famous for developing mobile and java applications.

Due to the reasons like language flexibility, community support, developer productivity, library support and ease of learning Python’s growth has been astronomical.

The famous question which arises between the two is “Which developers are highest paid, Python Developer or Java developer ?”

When we compare the both in context with salary, Python developers are highly paid nowadays due to its increased demand in recent times since most of the work/project is now related with Artificial intelligence, Machine Learning, Automation which prefer Python over Java.

Nowadays there are many areas where these two languages are competing amongst each other at a higher level.

Comparing these two on the career perspective, python which is more compatible to future technologies makes it  better than java.

Considering the above-mentioned comparison in context with different areas such as jobs, salary, practical agility etc definitely Python has a bright future compared with Java.

Both of these languages are popular by some metrics.

Python is considered to be a cutting edge for trending topics like AI, IoT, Java is popular in some other metrics such as web and desktop application, games etc.

Learning both of these languages for a new graduate would bring wonders to their career. If  you’re new to programming then it’d better if you stick to learn python as it is easy and uses normal English syntax commonly used in computer science introductory courses.

However, if you dream to build enterprise-level applications such as healthcare apps coming from the C++ world then Java would be familiar to you.