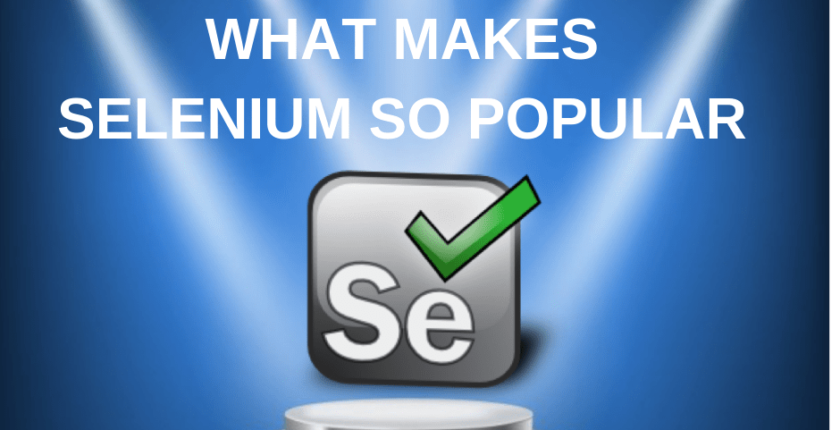 Well, if you are an It professional or about to become one. You must have heard about testing as a career. A lot of IT professionals start their careers from there. If you are a tester or want to become one it’s pretty obvious that you must have heard about the Selenium as a testing software. If you haven’t, you definitely need to know about it and read this article too.

Let’s first know about Selenium in brief before we go ahead.

Selenium is an open-source automated software used for testing Web Applications. The testing done using this tool is what we refer to as Selenium testing in the IT lingo.

While there are opinions like Selenium is the future of testing and the future in automation testing. It sure is a contender of number 1 tester as a software, only if there was a way to rank all of the tools available, we would have issued the statement as a universal fact.

The developers use it, the tech giants use it and almost every other Web on the internet went through the Selenium testing. That’s the scope and reach of Selenium in the domain of testing. In this article, you get to know all the reasons why we say so.

Here is a fun fact about Selenium: How did it get its name.

It was from a joke cracked by the developer who developed it. At that time there was a company by the name of Mercury interactive, making the testing software. Selenium is a commonly known Anti-dote for Mercury poisoning, The developer cracked the name as a joke to its team. The team actually likes it. Who knew back then that it would go on and be the most famous name in the testing field.

Selenium with its algorithm to robotize and automatize the testing process took hold in the industry pretty soon. As automation beats manual testing at various parameters, It has been the leader since then.

Why Selenium Testing is Best

Software testing is rigorous and a repetitive process in nature. The slightest changes in code must be implemented and tested to see if the code generates the desired results.

Even if you join some other project, you could still give your input cause there is the adaptability of the platform.

Now, this is of the major reasons why Selenium is adopted by every other software company. Usually companies higher employ with good coding aptitude, irrespective of the language they are comfortable in. Multiple Language support makes their tasks easier for selecting and picking up good candidates for the testing Job.

Flexibility is a feature that programmers really look for. It makes them more efficient and comfortable while coding.

They often prefer to keep the testing part self-contained within the program itself. Which later on can be regrouped and refactored as desired.

All of this would, in turn, allow quick changes to the code, making the whole process a lot more efficient. This could also reduce duplication and improve maintainability.

Being open-source software, Programmers get a lot of freedom.

Freedom to install easily and run on various machines without adding up to the cost. Thus it surely makes it cost-efficient.

It also allows to tweak with the source code and adjust to the local needs.

It allows users, to share, modify and extend the code and add more functionality to it. Which would eventually lead to the increased efficiency, no?

That’s what everyone wants, more efficiency.

Companies are satisfied because they don’t have to pay huge royalties to be using Selenium, developers are happy because of the power and control they get. It’s a win-win kinda situation.

At the end of the day, programmers add the functionality and make the process of testing a lot more efficient and easy or themselves.

This feature would allow the automation testers to create an infrastructure.  This infrastructure could be spread across various locations including the cloud and could drive the script on a large set of browsers. This could mean that You could be sitting in Pune, and still co-working with the headquarter in Gurgaon or a branch in Mumbai. Because all the computers are connected as an infrastructure through a cloud. This eradicates the need of having a local testing team. The developer team and tester team could still work hand in hand even if they are not in the same area or office.