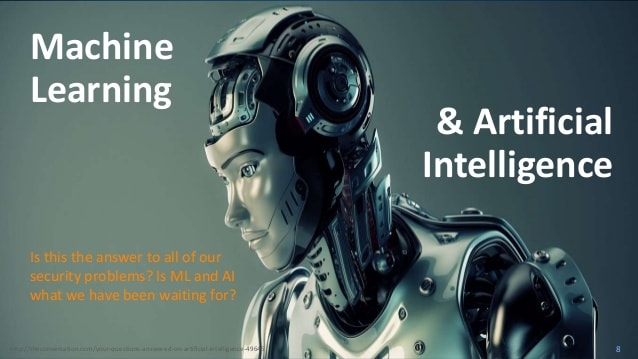 “Computers are able to see, hear and learn.  Welcome to the future.” ~Dave Waters

The biggest advancement that software technology has achieved in the last decade has to be the concept of machine learning. Today, we encounter the perks of machine learning at almost every step in our day-to-day life and also, in professional scenarios.

As per research, $28.5 billion has been already allocated to machine learning worldwide during the first quarter of 2019. The monetary and human investment in machine learning proves that it forms a core part of artificial intelligence. Without machine learning, the ability of systems to learn from data becomes null and that affects the support of most industries in today’s world.

I AM CONFUSED, IS MACHINE LEARNING DIFFERENT FROM ARTIFICIAL INTELLIGENCE?

You could say that. By the way, is the CPU different from the computer?

If you understand this reference, you’ve almost understood the point.

Machine learning is a subset of artificial intelligence which uses statistical methods and tool to study available databases in order to build a predictive, self-programmed computer system. Amazon knows what you would like to buy, say thanks to machine learning. Your phone knows your face, great, it is machine learning again.

Machine learning is a discipline based on the interpretative feature of a collection of data. It traces patterns and behaviors to construct a possible future action or reaction.

All of this sounds great and promising, but don’t you want to know how machine learning actually functions?

THE ALGORITHM AND MACHINE LEARNING CONNECT

If you’ve ever given an interview for a coder profile in a reputed firm, you would know that one of the most important questions is always regarding algorithms.

Algorithms have been a constant solver in the field of software and programming. Machine learning, too, greatly depends on algorithms to pave way for problem-solving.

In simple words, algorithms are defined as a step-by-step process of finding a solution by performing sequenced actions. Computer programs are basically elaborate algorithms and machine learning is no different.

Machine learning is computers teaching themselves how to behave based on past data. In this process, a “machine” “learns” by experience and not by being explicitly programmed.

This phenomenon takes place by developing a relationship between certain input factors and output results. The process can be described as follows:

If we go deeper into these, machine learning is completely dependent on algorithms and its working is divided into the following algorithms:

Machine learning is a game of finding patterns in the enormous data we have produced so far with the help of algorithms. If you want to learn more about some of the most important machine learning algorithms in detail, please check our blog.

In order to find a solution to these problems or to simplify a process for you, machine learning uses algorithms. You would be surprised to know that some of them are pretty simple and can easily be learned by a fresher.

To explain our point further, let us explain the magic behind every real-life example of machine learning based on algorithms that can easily be learned by a beginner or fresher.

TOP MACHINE LEARNING ALGORITHMS THAT CAN BE LEARNT BY FRESHERS AND THEIR REAL-LIFE APPLICATION:

It's extremely surprising that Naïve ayes is used in so many things we encounter every day. Ever wondered how does your Gmail knows which mail should go to spam? It uses Naïve Bayes classifier to segregate the mails. Even extremely sophisticated function like face recognition uses Naive Bayes. News websites use this to classify articles and news in categories like politics, technology, lifestyle, etc.

Real-Life Application of Logistic Regression: If you’re interested in politics, you must have seen the exit polls? These polls use logistic regression to predict a victory or loss for a candidate. In marketing, it is used in predicting the success of a marketing campaign or even sales revenue of a particular product. In finance, people use it for determining the creditworthiness of an individual.

Real-World Application of SVM: SVM plays an extremely important role in the field of bioinformatics. Protein remote homology detection is a difficult assessment in bioinformatics and the only SVM helps in detecting this effectively. It is also widely used in geo and environmental sciences. Even handwriting detection are a result of efficient SVM.

What is an important point to learn about this algorithm is that it was developed by Indians Mr R. Agrawal and R. Srikant in 1994.

How do you think medical professionals know which drug is best suited for what conditions? A study with the help of Apriori algorithms connects characteristics of each patient, their diagnosis and the effect of certain drugs to judge the effect of various medicines and drugs.

E-Commerce giants use this in market basket analysis to find out the probability of a customer buying some item if they’ve already bought another item. For example, a person who has bought a phone might also buy a phone cover.
Isn’t it annoying when Google predicts what you want to write? Well, it uses the Apriori algorithm to predict the combination of words based on what people generally type with the word you’ve just entered.

If we continue talking more about various algorithms, their use, and application, we will end up writing a book. Well, there’re already books, so, we don’t need that anymore.

What we really need is good trainers. Thus, if you are looking for good trainers in Machine learning, look no further than Gyansetu.

Machine learning is truly based on the power of algorithms. To truly learn and enjoy the powerful technology, one must be in sync with its algorithms

The good news is learning machine learning algorithms is not as difficult as it sounds like. All you need is a good support system that can make learning fun for you and help you appreciate the beauty of machine learning. Want o to learn Join Machine Learning Training Course.

So, even if you’re a fresher and are skeptical to begin, we are here for you. Drop us a hello and we will get back to you.