R vs Python :- Which is best for data science 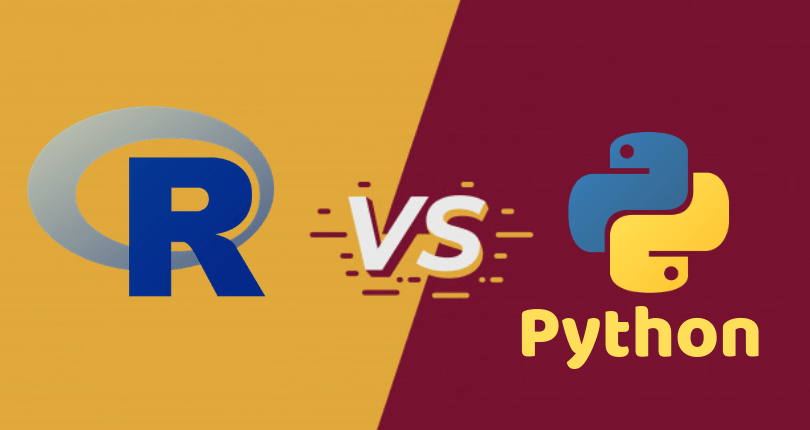 R vs Python :- Which is best for data science

R Vs Python for Data Science

Data analysis has taken up a new shape with help of the programming languages that have emerged especially for Data science and data analysis purposes. The most commonly used and switched programs are R and Python. What do these programs do actually? These are programs written for data analysis and they help in organizing and analyzing a particular set of data. This was earlier done by Excel and SAS power tools. Well, there is a restriction on the amount of data used in Excel, hence a new program was written for the sole purpose of data analysis.

R is a program introduced by Ross Ihaka and Robert Gentleman in 1995. This was basically designed for an academic purpose and was more concentrated at delivering user-friendly statistics of data. Now it has evolved to a new phase where it utilizes R-Studio to communicate the result.

To explore this languages and Learn R Programming

Python is the pioneer of R – introduced in 1991 by Guido Van Rossem which aimed at simplified data analysis in general. It helps in applying the statistical techniques and see the outcome. Python also uses PyPi – an indexed library just like R studio.

To explore this languages and Learn Python  with  Machine Learning

Both have their own Pros and cons yet one is preferred more than the other due to some reasons. Below are such reasons where one is considered to be the best and also what should be expected from this software.

When to use Python:

When you are working as a corporate team you can go for Python as it can be easily integrated with a network of systems. It can be easily manipulated and repeated tasks can be done with Python at ease.

When to use R:

When you are using a single system and you need to do a one-time analysis with a huge number of data, you can use R. This is mainly used for statistical analysis.

Which is easier to learn?

Which is better for Data Science? R Or Python?

Data science uses a module for the process and both the programs can be compared to how they help in every stage of the process:

Python: Python enables the user to collect data in any format and it also allows to collect it from any website by converting HTTP into a simple line of codes.

R: Formats for importing data to R are restricted to commonly used file types. Data cannot be imported from a website into R directly, however, it can be converted into a common format and then imported into R.

Python: It helps with analyzing any number or size of data and allows to manipulation a particular sequence for repeated tasks. It also allows to filter, sort, and delete a huge data in a jiffy without any effort.

R: It works similarly to python however the size of the data is restricted and only a small size of data can be used.

Python: This allows the user to use a number of internal packages for data modeling and numerical modeling as this is a general-purpose program.

R: The user has to rely on third-party packages for data modeling as this was designed only for a statistical purpose.

R: Enables the user to visualize even complex progressions as it was specially designed for statistical purposes.

So, when it comes to simple data analysis, R leads the way as it is a statistical program and can be used by an individual even without programming knowledge. However, when data science matters, Python wins the race as it has got its own advantages over R and the basic requirement in data science is to handle huge data which is not possible with R.

There are many pros and cons for both the programs and one wins the other on each parameter used to judge. In the year 2008, as per the user ranking, Python was the highest-ranking program for data science.

The cycle has completely changed now and R is the leading program for data science and analysis. The cycle of people’s choices always changes with priority and usage.

Likewise, the software also evolves with technology and time and the cycle once again changes with a more new competitor. As a conclusion, between R and Python,

Python is the better program that can be used for data science. Again this depends entirely on the size of the data and the user who uses it.